Savon de Marseille, over a century of history

by Jonathan and Celine Tillsley October 12, 2017 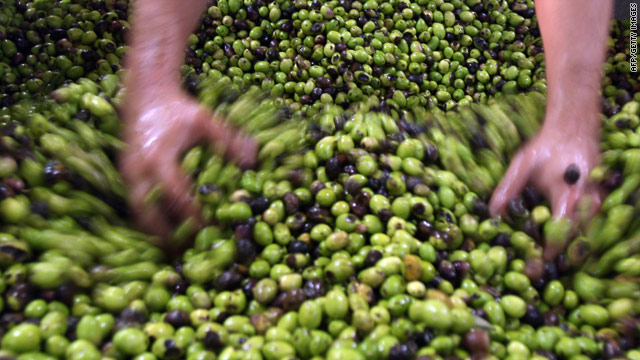 Marseille, France (CNN) -- Inside a hundred-year-old factory, a man leans over an enormous vat of boiling soap. Steam wafts up to the rafters where decades of soap-making have left a waxy residue. This is the Soap Master at work.

"Some years ago, the soap master was tasting the soap," explains a third generation soap maker in Marseille, Southern France. "With tasting, he thinks maybe it's too much salt, or not enough. Is it cooked or not cooked?"

For more than a thousand years, the French city of Marseille has been producing olive and vegetable oil soap. The coveted bars of green and cream soap are protected by French law. Only soap producers using traditional methods within Marseille's city limits can use the name Savon de Marseille.

The Soap Master used to perch precariously over a steaming cauldron to stir the bubbling soap. The scalding liquid was then poured out onto the factory floor and allowed to set for several more days before being cut into blocks. This is work considered so dangerous that a special shrine was built at the factory site to watch over the workers.

Savon de Marseille's pure vegetable oil soap is naturally hypo-allergenic, perfume, additive free and is the best for not only yourself but your household.